Traefik not renewing certs, "missing credentials" but not really

Established stable configuration has been running for quite some time (long enough for the certs to need to be renewed, at least once - honestly I can't even remember how long) and today, all of my sites fail SSL - certificate out of date. Traefik has not been renewing them. As a diagnostic, I attempted to reset acme data by removing acme.json - now when I start Traefik, I get the following:

Meanwhile, Portainer (and docker inspect) both show the same environment variables I had previously configured, during initial setup. These values have not changed; I use the same email, and it has the same API key.

Portainer shows the same environment variables, and they're also correct (of course); 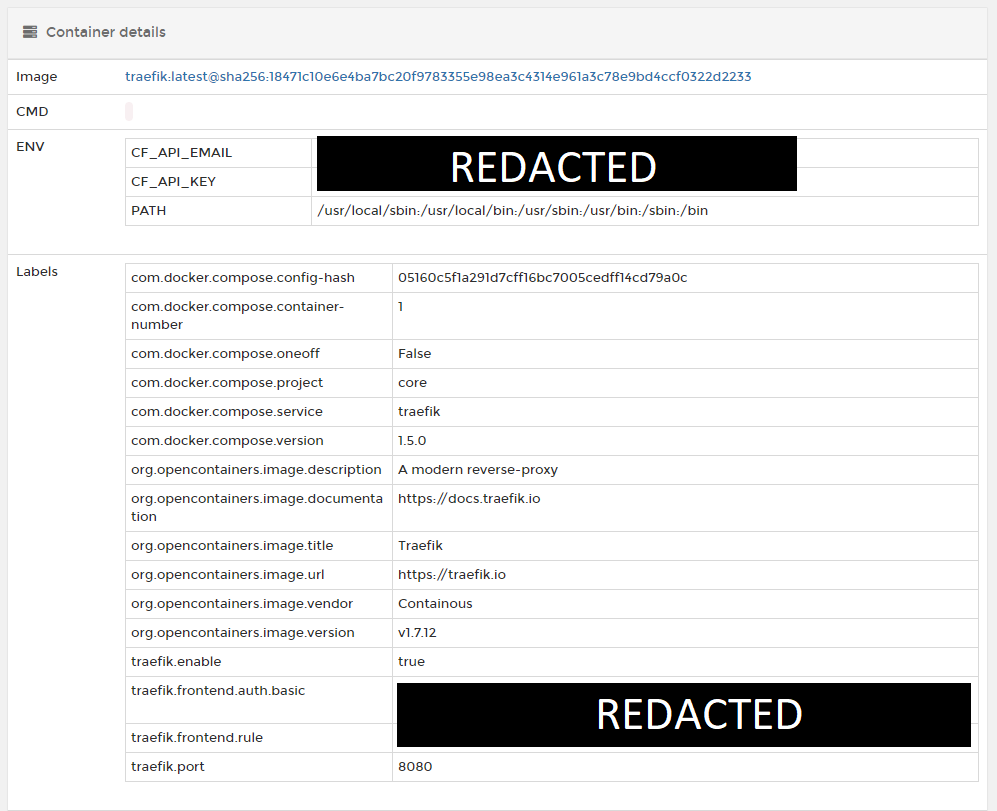 I attempted to docker exec a shell to inspect it from the inside but there don't seem to be any (that I can figure out) and from there I don't know where to go to resolve this bug.

I attempted to ‘docker exec’ a shell to inspect it from the inside but there don’t seem to be any (that I can figure out) and from there I don’t know where to go to resolve this bug.

The “default” official Docker image is a “FROM SCRATCH” image and because of that there are no shell.

We provide an alpine based official Docker image: traefik:v1.7.12-alpine.
With the alpine version you will be able to use a shell (/bin/sh)

I note some weird things:

Hello! Thanks for your attention.

Regarding the default docker image, I pretty much assumed that would be the case - more and more containers are going that way, and I do appreciate the slimming efforts. I would suggest a note in the documentation somewhere indicating that the alpine build exists and contains a shell binary to assist with troubleshooting, etc etc -- if I had known as much, I would not have wasted your time. My exact intent was to pull a shell up and check if the environment variables were being properly parsed, IE, if I had done exactly what you so swiftly realized I had done.

Speaking of which - you are of course correct on both counts. The spaces and the quotes were both present (not literal-quote IE " in the text, that appears to be a formatting-mangling thing somewhere between the terminal, browser, Github, and/or here) and both caused separate sorts of errors when removed independently (I wanted to learn how it would react to each in turn) and upon re-launching .....there's no 'docker logs' output. I probably have logging turned down/off or some such, but Cloudflare is showing DNS _acme-challenge TXT entries so it's certainly working now!

Thank you for your help!